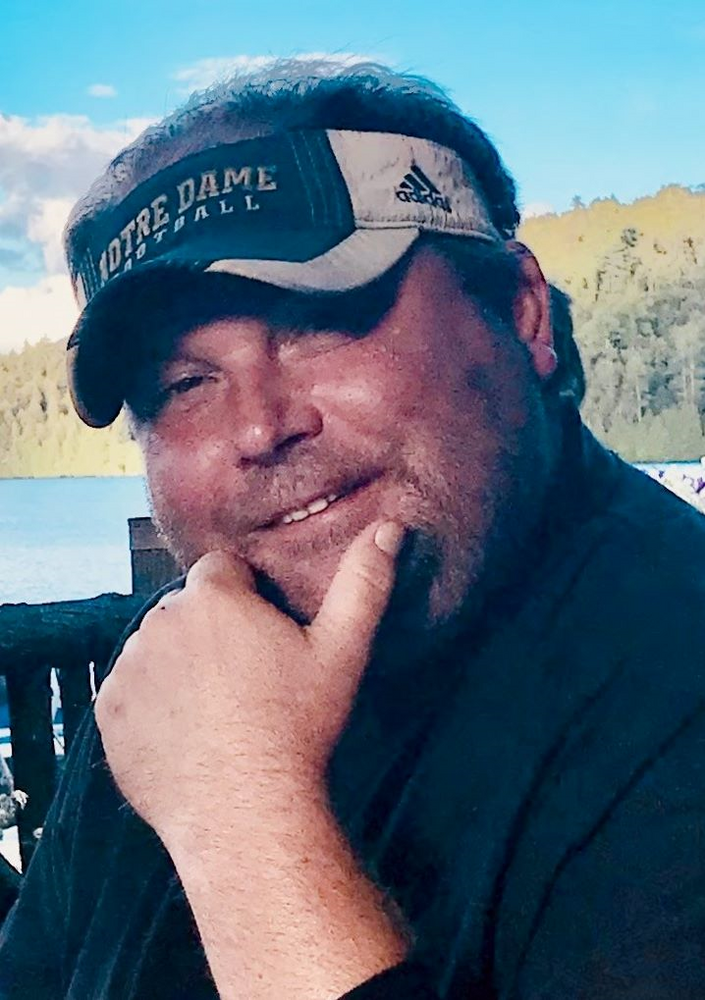 Please share a memory of Robert to include in a keepsake book for family and friends.
View Tribute Book
Town of Wilton, NY Robert James Faulkner September 8, 1974 - August 24, 2022 Born in Beth Israel Hospital in Manhattan, to Joanne and James Faulkner, Robert James Faulkner was named after his mother's father, Robert Nugent. He grew up in Sussex County, NJ, attending Green and Fredon Township elementary schools and Kittatinny Regional High School (Class of 1992). He graduated from Siena College in 1996 with a BA in Finance. He then went on to get a Masters in Business Administration from SUNY Albany in 2003. As a Senior Account Manager, he was with Ayco/Goldman Sachs for 25 years and on the board of Newmeadow School. The apple of mom's eye, and a true mom's boy, Robert inherited a lifelong passion for sports, a fiercely competitive spirit and devotion to his family from his father. He was the first born with 3 younger sisters. In high school he was an All-State Athlete in soccer, basketball, and tennis, affectionately referred to as the "talented cougar" and then went on to be the number one singles player for the Division 1 tennis team at Siena College under Coach Jim Serbalik. He fell in love with the Capital Region while he was in college and stayed on to build his career, home and family in Saratoga County. He met his match with his loving wife Carey, and after dating for 2 years they enjoyed 16 wonderful years of marriage and had two beautiful children. He had a generous spirit, and larger than life personality, with a booming voice and quick wit. He loved to tease and give signature greetings. Always the life of the party, he enjoyed music only second to sports and was famous for getting karaoke going with Billy Joel, U2, Mumford and Dave Matthews Band being amongst his signature vocals. Winter and summer vacations at Lake Placid were a source of great joy and considered to be his 'happy place'. He took great pride in his Irish heritage and was fortunate to travel to Ireland a number of times. He was an avid golfer at the McGregor Golf Club where he was surrounded by another formative brotherhood, playing in the Sunday morning golf group. The Saratoga racetrack was another passion celebrated with an air of great tradition. The crowning jewel of the summer was Travers race weekend. For twenty plus years everyone knew to meet "behind the carousel" to party with Carey and Rob. Run Happy! Left to cherish his memories, he is survived by his wife, Carey (Care-Bear), his two children, Aiden (Aidey McShady) and Michaela (Cakies), his parents, Joanne (Ma) and Jim (Jimco), and his sisters, Kelley (Kelskala) and her husband Matt (Matt Man), Erin (E-ski) and Meredith (Mer-bear) Faulkner, sister and brother-in-law Kate (the Katester) and Vinny (Vin Man), and niece, Giuliana (G) Rayno. He was blessed with a phenomenal group of extended family and friends. As the children of "Mr and Mrs ESPN", Aiden carries on Rob's legacy and love for basketball and soccer and Rob's competitive spirit lives on through Michaela, who is fierce on the soccer and lacrosse fields. While they were a house divided on their Mets vs Yankee fandom, the whole family (including their golden retriever, Maggie) came together as hard core Notre Dame fans. "Cha-cha-cha" Rob! We will see you on the other side of the rainbow. A wake will be held on Thursday, September 1st at The Wilton Funeral Home with viewings from 1 - 3pm, and 6 - 8pm. A mass will be held in his name on Friday, September 2nd at 11am at St. Clements Church with burial to follow at St. Peter's Cemetery in Saratoga Springs. The family requests donations be made to Newmeadow in memory of Robert J. Faulkner. http://newmeadow.org/donate/ For directions or to light a candle visit us at www.mevecfuneralhome.com.
To plant a beautiful memorial tree in memory of Robert Faulkner, please visit our Tree Store
Thursday
1
September

The family requests donations be made to Newmeadow in memory of Robert J. Faulkner. http://newmeadow.org/donate/
Online Memory & Photo Sharing Event
Online Event
About this Event

Share Your Memory of
Robert
Upload Your Memory View All Memories
Be the first to upload a memory!
Share A Memory
Plant a Tree