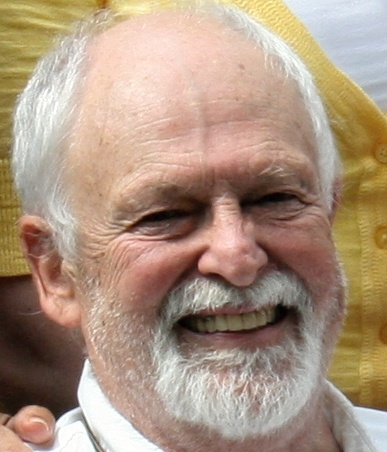 Please share a memory of Carl to include in a keepsake book for family and friends.
View Tribute Book
Town of Northumberland, NY Carl G. Boyd Carl G. Boyd, 85 of Northumberland died December 5, 2020 after a long illness. Carl was born August 11, 1935 in Medford, MA. He married Stella M. Boyd on November 22, 1955 in Charlestown, MA. After high school Carl served with the U.S. Coast Guard, stationed at the Coast Guard Air Station in Salem, MA. Carl was employed by Univac, Bendix Computer and Control Data retiring in 2002. During this period, he traveled extensively in Europe, Russia and Latin America and leaves behind many friends from those areas. He enjoyed soaring, sailing and other outside activities. He was predeceased by his parents, Austin and Lillian (Anstey) Boyd; his brother, Douglas and his sister Lorraine (Martin), and his best friend and loyal companion dog Bailey. Survivors include his wife Stella; his daughters; Carol Forte (Frank), Karen Schafer (Todd), Judith McCleskey, Janet Wetherby (Edmund), Pamela Cannito, as well as two sons; Norman and Eric; ten grandchildren, four great-grandchildren and several nephews, nieces and cousins. There will be no services. Cremation will be followed by the scattering of ashes at sea in a private ceremony off the New England coast at a future date. The family suggests memorial contributions The Wesley Foundation or Mohawk Hudson Humane Society Arrangements are under the direction of Wilton Funeral Home, 395 Ballard Road, Wilton, NY For directions or to light a candle visit us at www.mevecfuneralhome.com.
To plant a beautiful memorial tree in memory of Carl Boyd, please visit our Tree Store

A Memorial Tree was planted for Carl
We are deeply sorry for your loss ~ the staff at Wilton Funeral Home Inc.
Join in honoring their life - plant a memorial tree
Online Memory & Photo Sharing Event
Online Event
About this Event

Look inside to read what others have shared
Family and friends are coming together online to create a special keepsake. Every memory left on the online obituary will be automatically included in this book.
View Tribute Book
Services for Carl Boyd
There are no events scheduled. You can still show your support by planting a tree in memory of Carl Boyd.
Plant a tree in memory of Carl

Share Your Memory of
Carl
Upload Your Memory View All Memories
Be the first to upload a memory!
Share A Memory
Plant a Tree