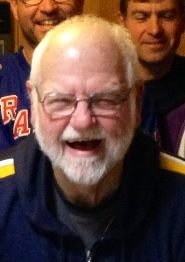 Please share a memory of Richard to include in a keepsake book for family and friends.
View Tribute Book
Ballston Spa, NY Richard M. Lisieski 80 Richard died at Saratoga Hospital on Thursday, February 15, 2018. He was born in Binghamton, NY. He was the son of the late Marion and Sally Karaszewski Lisieski. He was a Foreman at the Watervliet Arsenal, Watervliet. Richard was a member of Crescent Boat Club. He was a former member of Ballston Spa Elks Lodge #2619. Richard was a communicant of St. Mary's Church, Ballston Spa. Richard was a coach for Pop-Warner football. He always made time for his wife and children. Survivors include his wife Eileen Lisieski, his children Kimberly (Jason) Weaver, Richard (Georgie) Lisieski, Todd Lisieski and Shawn (Sharman) Lisieski all of Ballston Spa, his 4 grandchildren: Shelby, Tyler, Rylee and Molly. Celebration of Richard's life will be on Thursday, February 22, 2018 from 4:30 to 7:30 PM at Ballston Spa Elks Lodge #2619, 10 Hamilton Street, Ballston Spa NY 12020 with refreshments to follow the celebration. Send a condolence or light a candle visit us at www.mevecfuneralhome.com.
To send flowers to the family or plant a tree in memory of Richard Lisieski, please visit Tribute Store
Thursday
22
February

Share Your Memory of
Richard
Upload Your Memory View All Memories
Be the first to upload a memory!
Share A Memory
Send Flowers
Plant a Tree