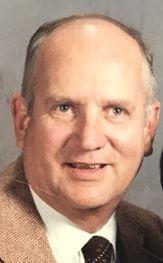 Please share a memory of Harry to include in a keepsake book for family and friends.
View Tribute Book
Saratoga Springs, NY Harry J. Adams 87 Harry died on Tuesday, February 14, 2017. He was born in New York, NY. He was the son of the late Harry J. and Anne Brennan Adams. He also served in the U.S. Army during the Korean War. He was an Electrical Engineer for General Electric at Knolls Atomic Power Laboratory. He was predeceased by his wife Emily J. Adams who died on January 24, 2000. Survivors include his children Valerie Tomeck of Gansevoort, NY, Nicholas Adams of Manchester , MO, Douglas Adams of Gansevoort, NY, his six grandchildren and three great grandchildren. Committal service with full military honors will be Thursday, February 16, 2017, at 2:30 PM at Gerald B.H. Solomon-Saratoga National Cemetery. In lieu of flowers, memorial contributions may be made to Community Hospice, 179 Lawrence Street, Saratoga Springs, NY 12866, The Home of The Good Shepherd, 400 Church Street, Saratoga Springs, NY 12866, Wesley Foundation-Woodlawn Commons, 156 Lawrence Street, Saratoga Springs, NY 12866. For directions or to send a condolence visit us at www.mevecfuneralhome.com. »(Do not delete this line. It does not print. Text that is to appear on web must be entered before this line)
To send flowers to the family or plant a tree in memory of Harry Adams, please visit Tribute Store
Thursday
16
February

Share Your Memory of
Harry
Upload Your Memory View All Memories
Be the first to upload a memory!
Share A Memory
Send Flowers
Plant a Tree