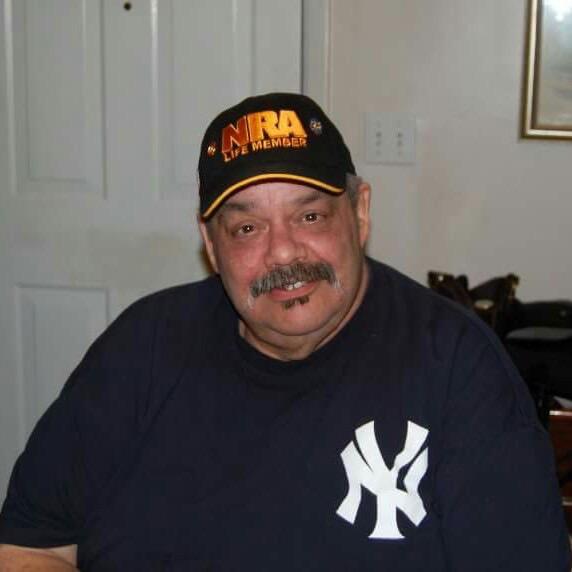 Please share a memory of Wayne to include in a keepsake book for family and friends.
View Tribute Book
Town of Malta, NY Wayne J. Strait 64 Wayne died at home on Tuesday, September 8, 2015. He was born in Albany, NY. He was the son of the late Harry S. and Beatrice L. Clemens Strait. He worked as an Albany County Sheriff from 1972 to 1985. Wayne worked in dealer sales support for over Thirty Years at Davies Office Refurbishing, Albany, NY. He also served on the U.S.S Albany as a Sea Cadet. Wayne was a member of the National Rifle Association. Wayne is survived by his daughter: Shanna Strait of Kittery, Maine, his son: Justin P. Strait of Ballston Spa, his brothers Keith (Barbara) Strait of Schenectady, Gary Strait of Colonie, His Grandson Jonah Strait, his granddaughter Myrah Carr, Several nieces and nephews. Calling hours will be Saturday, September 12, 2015 from 1:00 to 3:00 PM followed by Memorial Service at 3:00 PM at Mevec Funeral Home, 224 Milton Avenue, Ballston Spa, NY. For directions or to send a condolence, visit us at www.mevecfuneralhome.com.
To send flowers to the family or plant a tree in memory of Wayne Strait, please visit Tribute Store
Saturday
12
September

Share Your Memory of
Wayne
Upload Your Memory View All Memories
Be the first to upload a memory!
Share A Memory
Send Flowers
Plant a Tree