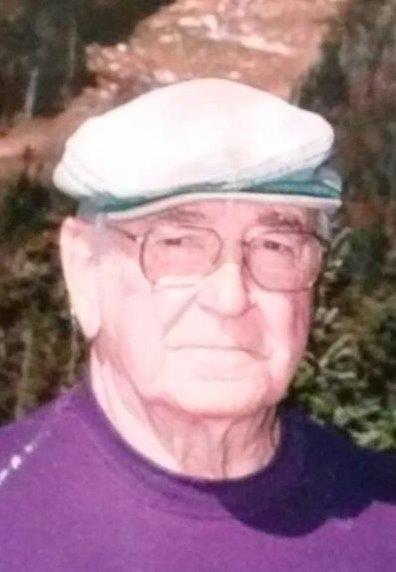 Please share a memory of Donald to include in a keepsake book for family and friends.
View Tribute Book
Town of Wilton, NY Donald Amos Walsh 97, passed away peacefully on Tuesday, May 12, 2015, with his loving family by his side. Born in Plainfield Connecticut on December 27, 1917, He was the son of the late Joseph and Adelina Walsh. He owned his own garage in North Grafton Massachusetts which he later sold and moved to Wilton NY in 1968 and finished out his work career at Native Textiles in Queensbury as a truck driver. He was predeceased by his brothers Joe, Alton, his sisters Thelma, Margaret, Grace, Freida, Frances and his daughter Judy. He is survived by his loving wife of 49 years Gale Walsh, His children Donna Jacobie, Donald Walsh Jr. (Shirley), Bob Walsh (Hattie), Frieda Welch, Patricia Pratt, Carol Johnson (Ernie), Donna Gardner (Ron), his brother Robert, his sisters Lois, Gladys, his many grandchildren and great grandchildren. Services were private. Arrangements are by Wilton Funeral Home To send a condolence, visit us at www.mevecfuneralhome.com.
To plant a beautiful memorial tree in memory of Donald Walsh, please visit our Tree Store

Look inside to read what others have shared
Family and friends are coming together online to create a special keepsake. Every memory left on the online obituary will be automatically included in this book.
View Tribute Book
Services for Donald Walsh
There are no events scheduled. You can still show your support by planting a tree in memory of Donald Walsh.
Plant a tree in memory of Donald

Share Your Memory of
Donald
Upload Your Memory View All Memories
Be the first to upload a memory!
Share A Memory
Plant a Tree