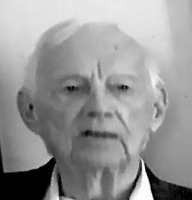 Saratoga Springs, NY JOHN P. SHANNON SR. John (Jack) P. Shannon Sr. passed away on June 22, 2022 at Saratoga Hospital. John was born in Schenectady, NY on January 31, 1934 to Bernard and Josephine (Costello) Shannon. He joined the Marine Corps and served in the Korean War, continuing his service, and retiring as a Major in 1994. He graduated from Siena College with his bachelor's degree and was a Nuclear Physicist with KAPL in Niskayuna. He had a love of the outdoors, family, animals, and most of all his wife Joan. John is predeceased by his wife Joan P. Shannon who passed July 26, 2001. He is survived by his children, Deborah Shannon Haskell (Patrick), John P. Shannon, Jr. (Joyce), Patrice Shannon, his sisters, Eileen Morgan, Kathleen Ross, his brother Edward Shannon, grandchildren, McKenzie Franck, Erin Shannon, Rachael Shannon and several nieces and nephews. Committal service with full military honors will be on Wednesday, June 29, 2022, 11:00 am at the Gerald B. Solomon Saratoga National Cemetery, 200 Duell Road, Schuylerville, NY, 12871. Memorial donations to St. Jude's Hospital. www.st.jude.org/donate. For directions or to light a candle visit us at www.mevecfuneralhome.com.