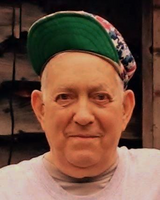 Malta, NY David M. Allman David Martin Allman, "Junior," of Malta, died peacefully at home on April 30, 2022. He was 89. Born in Knoxville, Tenn., he settled in New York State in the early 1960s. He was predeceased by his parents, David M. Allman and Dora (Griffin) Allman. He is survived by his beloved wife, Lorraine (VanZandt) Allman; nine children, Ruby Allman, Dora Reagan, Linda Day, Diane Allman, Jim Allman, Kate Hogan, Bruce Allman, Lisa Heroux, and Marcia Godden; 16 grandchildren, and 15 great-grandchildren (and counting!). David was a pipe insulator by trade with Locals 46 and 40. He also spent much of his time gardening and raising farm animals. He was a do-it-yourselfer; among his most notable projects are the large addition he built on the family home to accommodate his growing family, the pig barn, and a variety of modifications, to machinery and equipment he used to get the necessary work done, during hard times. He was known for his ability to find creative solutions to problems, including building parts when new ones were not available. David's greatest pleasure in life was spending time with his family and passing on the wisdom of his years. He had a never-ending supply of stories that were usually educational, and always entertaining. He was genuine, honest, and hardworking. He was willing to help anyone who needed it, whether family, friend, or stranger. Calling hours will be on Saturday, May 7, from 3:30-5:30 p.m., with services to follow, at Mevec Funeral Home, 224 Milton Ave, Ballston Spa. www.mevecfuneralhome.com.